First we have an American colonial note. The text that Joe supplied is as follows:

March 25, 1775 – An emission of £6,000 in bills of credit for the continued construction of the Cape Henlopen Lighthouse and buoys and piers. Like the first lighthouse issue of March 20, 1773. The back displays a cast cut of a lighthouse with the denomination of the bill incised in the plate in roman numerals, found in the lower left corner of the picture. Four border cuts and the Penn shield on the front. Printed by Hall and Sellers in Philadelphia on paper containing mica flakes. Each denomination has plates A and B. In each denomination the spelling of the colony name “Pennsylvania” is found in a different form. This is the continuation of an anti-counterfeiting measure used by Franklin and Hall. Usually numbered in red ink and at least one of the three signatures in red. Denominations issued were: 4s, 6s, 14s and 16s. 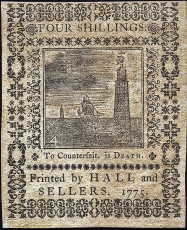 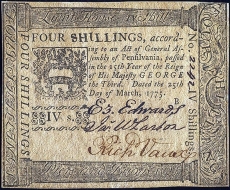 Next is a United States quarter issued in 2021 commemorating the National Parks. On the reverse of the coin we see Bass Harbor Head Light in Acadia National Park in Maine. 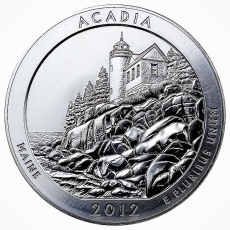 Bass Harbor Head L/H | 2012
This entry was posted in Lighthouses, Money and tagged United States of America. Bookmark the permalink.