Though these stamps are dated “2021” they were apparently issued in January 2022 by Georgia (the former Soviet republic).

Poti Lighthouse was built in 1864 and serves as the rear range for ships approaching the port of the same name.

Sukhumi Lighthouse is located near the city of the same name in the republic of Abkhazia which declared it’s independence from Georgia but that independence appears to be in dispute. The lighthouse was built in 1864 and looks to be in a state of disrepair. 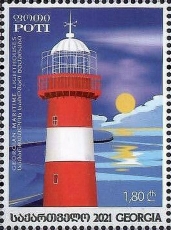 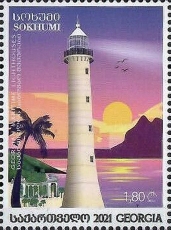 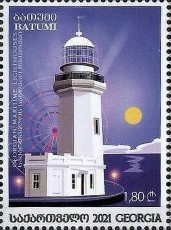 Thanks to Jaap and Michael for bringing these stamps to our attention.

This entry was posted in Lighthouses, Stamps. Bookmark the permalink.